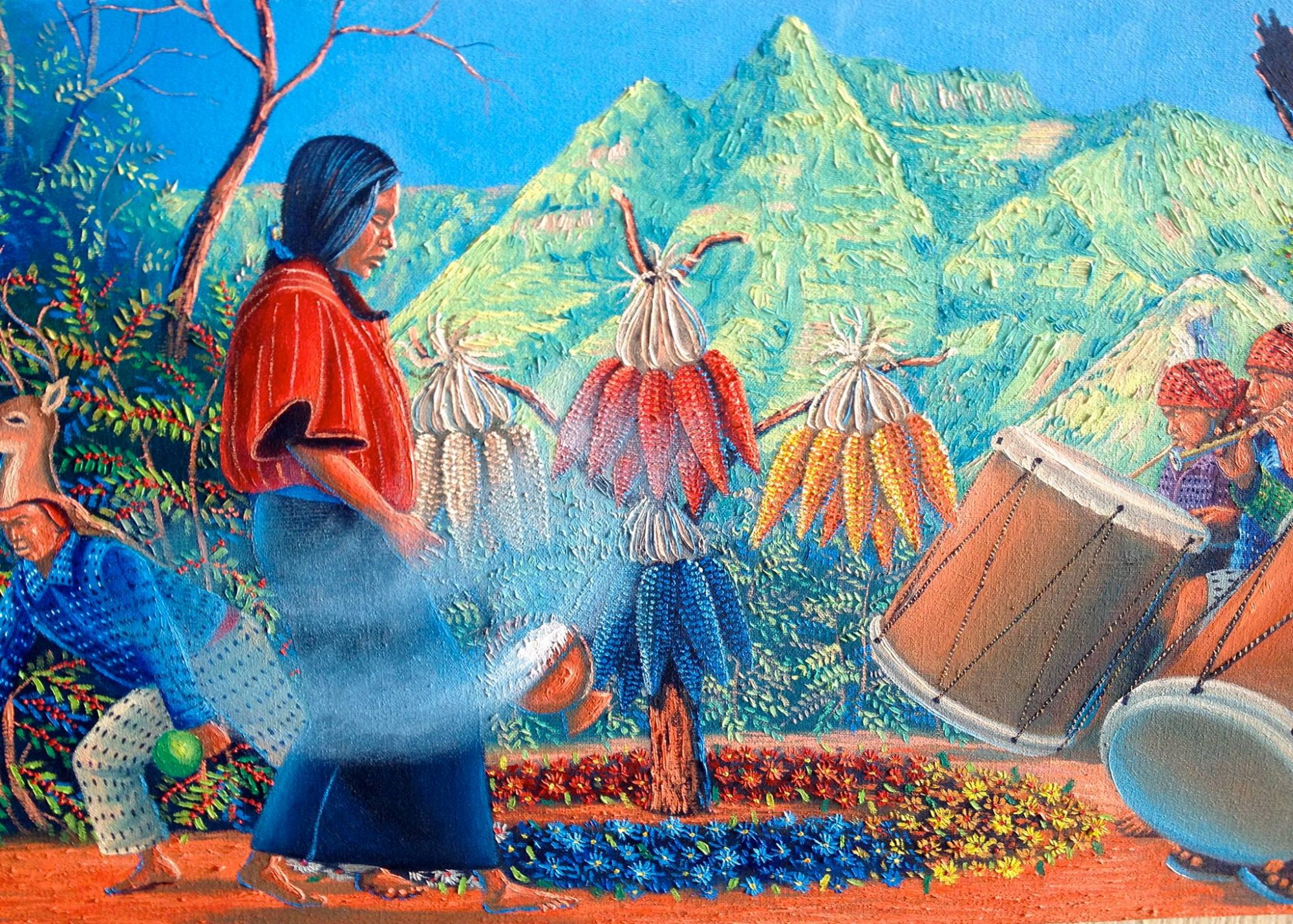 If they’re worth it, like Lebanon, Turkey, or Georgia, I love returning to places I’ve already been to over and over, but still there’s nothing quite like going to a destination for the first time. Recently I got to experience this thrill in Guatemala.  While I’ve been to neighboring Mexico many times, Guatemala was different enough to provide huge kicks.

It all started with one of the most unofficial seeming border crossings I’ve ever experienced. Things were pretty normal at the Mexican side: had to show my passport, pay a fee for something or rather I didn’t quite get with my bad Spanish.  Standard stuff. Then our busload had to walk over the border to Guatemalan side, but there was no indicator as to when we had left Mexico and entered Guatemala. The path was lined with shops and stalls and seemed like any other small town street, not a border crossing. In fact you could have easily walked into Guatemala without ever showing your passport to the officials.

There was a little booth to the left, however, where you could get your passport stamped, but this was easy to miss, and there was no line. As I handed my passport, the man only asked whether I’m coming or going and then signaled with hand gestures that he wanted 100 quetzales, the Guatemalan currency. This seemed so arbitrary and unofficial that I asked him why. He asked me if I was a tourist. When I told him I was, he just shrugged his shoulders and said, “No se.” Then he stamped my passport and handed it back to me. I guess it pays to ask, huh?  (Later I found out that the border officials have a little side business asking people entering and leaving Guatemala for some money, which just goes to their pockets.)

After the border crossing, the scenery was beautiful: hills covered with lush greenery, loads of birds and small but lively looking towns along the road. Right after sundown the bus arrived in Guatemala City, which many tourists skip due to its reputation as a dangerous and not particularly beautiful a city. I had decided to stay two nights nevertheless just to check the vibe. The downtown area where the bus from Mexico left us was a bit dodgy, but interesting. Sort of a neighborhood where you know it’s best to be inside by 10PM even though it’s fine to be out during the day.

So no, I didn’t get robbed, even on a city bus, and actually quite enjoyed Guatemala City. The old colonial center, shady seeming as it was, had a lot of character, everyone was friendly and the food was cheap but good. I had a delicious Mayan chicken soup called “kak’ik” that was served with tiny tamales and chicken on the side. It also came with something that looked like kidneys but were too dry. Luckily those were also served on the side. The restaurant wasn’t too far from a new pedestrian street that was cleared of traffic a few years back. It was lit by Christmas lights, full of people but not lined up with cute cafes and design shops you’d expect to see lining many pedestrian streets around the world. Rather it had some American chain restaurants, some boarded up stores and quite a few street performers. I found out later that there used to be tons more performers and especially beggars, and that the mayor who organized the clean-up operation also owns all the stores that line it. Smart use of his time as a mayor.

I had fun hanging out in Guatemala City, especially loved its museum of Mayan history named Popol Vuh after the Mayan creation story, but it doesn’t compare to Lake Atitlán. Many tourists take a 3-hour shuttle bus straight from the airport there and no wonder why: it’s a beautiful, relaxing place, a high altitude, deep crater lake surrounded by picturesque volcanoes. It’s lined by little villages each with its own Mayan dialect and many of them with a fair dose of Western hippies: this used to be a must stop in the 70s hippie trail to South America. Funny enough, as each of the Mayan towns around the lake have their own character, so do the hippie ones: Panajachel is more of a Janis Joplin kind of hippie place (there were for example two young counter culture Americans who boarded the same bus with me, both carrying 6 packs of beer each, discussing the wild party from the night before), while San Marcos is a haven for new age esoteric anything you can imagine. There is a course that runs from full moon to full moon that consists of silent meditation, Kabbalah lessons and tarot card readings. Not really for the Janis Joplin kind.

There are also stylish small resorts that offer yoga and meditation. That many of them, as well as some of the towns, can only be reached by boat, adds another layer of relaxed remoteness.  Especially as the last boat ride from the main town might leave as early as 4PM. In 1934, Aldous Huxley famously compared the lake to Italy’s Lake Como, which, he wrote, “touches the limit of the permissibly picturesque.” Atitlán to him, however, “is Como with the additional embellishment of several immense volcanoes. It is really too much of a good thing.” I apparently didn’t think it was too much of a good thing as I immediately decided to stay an extra night and could have stayed many more. Next time, and I’m sure I’ll go back, I might stay for a week or two and take a Spanish class while there. My goal is to one speak Spanish a little better than Tarzan did English (which is where I’m right now): I cannot think of a prettier and more relaxing place to get there.