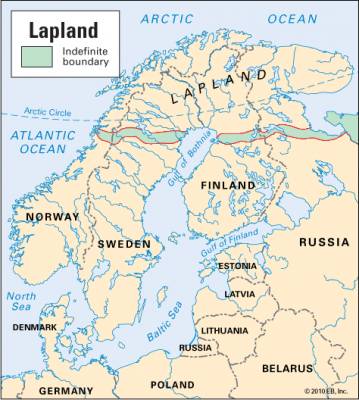 As much as I’ve traveled, perhaps one of the most exotic places I’ve ever visited, at least to other people, is the Finnish Lapland.  Why I don’t quite notice its exoticism as quickly as others is because I go there every single summer.  In fact, I’ve been there every summer without fail since I remember, even though I’ve lived abroad the last two decades and it’s very far from my family I visit yearly in Southern Finland.  When I still used to live in Finland, I’d sometimes make my way to Lapland also in the winter.

This desire to revisit Lapland – the Northern areas of Norway, Sweden, Finland and parts of adjoining Russia – over and over again is called “Lapin hulluus” in Finnish, which means something like “having the crazies for Lapland” or “the spell of Lapland.”  My parents had been infected by this disease, and by taking me and my siblings along with them every summer, they spread the virus:  my brother, sister and I all go to Lapland every summer and there are symptoms in my niece and nephews, too.

A cloudberry flower. Cloudberries look like yellow raspberries but have a unique flavor. They only grow in Northern, unpolluted regions.

There is a fair share of exoticism that comes with Lapland for sure, which makes it quite different from Southern Finland.  For someone not Finnish it might be hard to grasp such regional differences within a small country like Finland.  But the country is quite long and the Northern parts are actually as far from Helsinki as Rome is from Berlin.

The biggest lure of Lapland is nature.  It looks, smells and feels different than in the south – it’s more rugged and majestic – and still has vast areas of wildernesses.  It has “tunturis” which are particular kinds of mountains, not formed in a range. The difference is striking to the rest of Finland, which is mostly flat save for some hills.

And then there is the light.  Its drastic changes are a big tourist lure: in the winter the sun doesn’t come up at all for a few months and in the summer, it doesn’t go down.  The sunless time of the year is called “kaamos” in Finnish and though I don’t know the etymology of the word, I always associate it with the word “kaamea” which means “horrible.” Even though in the Southern Finland, where I grew up, we got a luxurious 4-5 hours of sunlight during the darkest time of the year, I found it depressively little, as do many Finns.

But the tourists love it.  The biggest tourist season in Lapland is winter, believe it or not.  People come for the “kaamos;” the admittedly beautiful blue hue, which the sun that doesn’t come up creates during the few day hours of the day its presence in the world is still felt.  Temperatures can easily drop to -30C but the upside is that there is tons of snow.  Tons.  For many, it’s the perfect winter wonderland.  Plus Santa Claus lives in Finnish Lapland, and of course has his own theme park and whatnot.  I grew up learning that Santa lives in Finnish Lapland and apparently did many other kids around the world, though there are some unnamed competitors, who’ve also claimed him.

Santa’s slew is driven by reindeer, which thrive only in Northern areas. They roam freely all over Lapland. Driving from Southern Finland, it’s a welcome sign to be warned by entering the reindeer herding area – you’ve finally arrived the spell area after a long drive.  Though the reindeer that wander freely might look wild, they are all owned by someone: at the end of the season they’re gathered by the herd owners, who decide their faith for the future.

Reindeer meat is dark, very game-y with a distinct, much stronger taste of its own than other deer.  It’s by far my favorite meat, the mention of which always make my American friends cringe as they only associate reindeer with the one with a red nose in a Disney film.  If you can get past the association, you must try it if you get a chance.  It’s good dried, stewed, smoked, fried, you name it; just all around deliciousness.  Nowadays you can buy it in big supermarkets in the south, but back in the day it used to be available only in Lapland.

But back to light.  In the summer, the sun quite literally doesn’t go down.  You can see it go from east to west, dropping close to the horizon, but instead of taking a dive, it starts ascending right away.  You can easily read inside without the lights on at 1AM. Yeah, that light.  I love the 24-hour light passionately; it’s a big part of the spell for me, the part I can easily name.

Ignorantly only seeing things from a Northern person’s perspective, I used to think everyone would love such a yearly miracle, but my travels have taught me that it isn’t so.  A few friends from close to the equator, who grew up with the sun always coming up and going down at the same time, have told me they down right hated it.  I suppose it’s a psychological compensation for the Northerners, who have suffered through the winter and means the most only to them.

I shouldn’t complain though, being a Southerner.  There are people, who live in Lapland all year around, though much less in numbers than in the south.  Most of them are Sami, Lapland’s indigenous people, who traditionally herded reindeer, hunted and fished.  Their language is related to Finnish and is the main language at many schools and radio stations above the Arctic Circle. The Sami also has its own mythology and maintained shamanic rituals much later than Finns.  We Southerners call these shamans “Lapin noita,” which translates to something like “the witch of Lapland,” a mystical figure in Finnish literature and film with his drum made of reindeer skin.

Perhaps it’s one of these shamans, who put the spell on my family.  All I know is that it’s real: regardless of the 900+km I have to travel from Southern Finland to our cabin above the Arctic Circle, I wouldn’t miss it for anything.  I’m writing this in early October and I’m already looking forward to next summer’s visit.  I don’t even care about the millions of mosquitoes – significantly more than in Southern Finland – as nasty and loud as they are and how itchy their bites.  That cabin I return to every summer to enjoy the 24-hour sunlight is worth it. It’s a place where my soul rests.