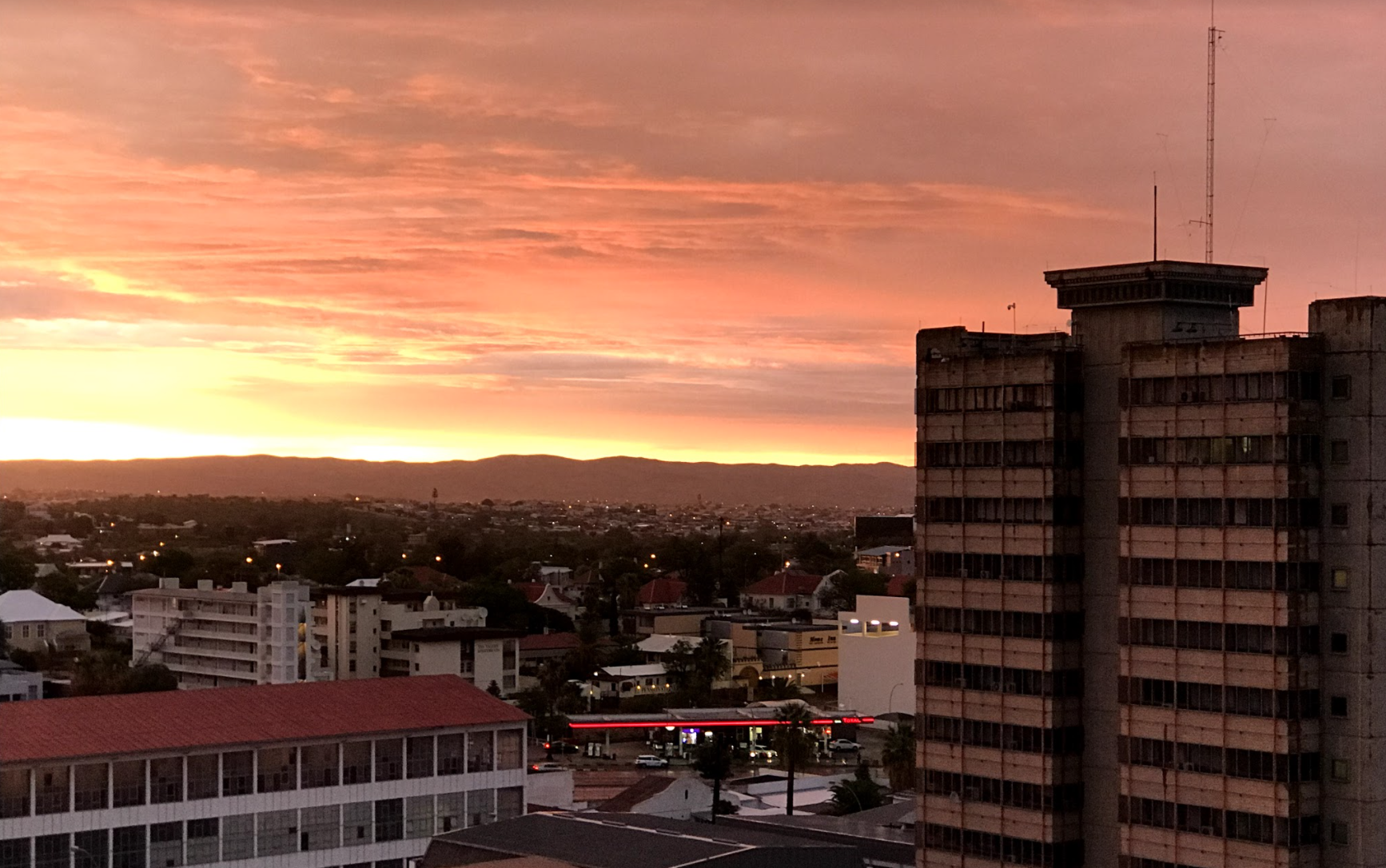 It’s drizzling rain as my Lefa, a Namibian Uber, taxi pulls over in front of Sicilia, an Italian restaurant close to my Airbnb.  Though I’m not a big fan of Italian food, I decide to have my last dinner in Windhoek here because it looks cosy and many restaurants are closed due to corona shutdowns. Also the 8PM closing time and 9PM curfew are getting closer.

I’m in a celebratory mood: I’m on my way from getting my Covid test results without which I couldn’t fly.  It wasn’t an easy ordeal to get them and I had already postponed my flight by a few days. Namibia has run out of test kits as it wasn’t prepared for the many tourists that took advantage of it having no quarantine for foreigners.  Even my Airbn host messaged me whether I needed to extend my stay fully expecting to find out I didn’t get the results on time or got no appointment for the test.

The waiters stand eagerly at the door and I ask whether they have room for one. They do though most tables are full of groups of locals, all having beer.  I order a tomato soup and gnocchi with pesto and a small carafe of red wine. As I look around, all the tables are just drinking. I feel like a weirdo eating at an Italian restaurant.

I’m messaging with two groups of friends at once, which keeps me from my book, Vivian Gornick’s The Odd Woman and the City.

I tell my friends  I like the look of the locals. Professionals, intellectuals, maybe artists enjoying the shortened Friday night out. I keep eyeing one group in front of me.  One intellectual looking guy with glasses whom I think might be the writer Remy Ngamijie, who edits the literary magazine Doek!  I look up his photo online but I’m not sure it’s him. The real Remy is better looking. The lookalike is sitting with a heavier set man with a beard and a red shirt. He too drinks red wine while everyone else’s choice seems to be beer. They have a woman at the table too, who’s as intent in the conversations as the others.

I have a feeling I’d get along with them very well, as with the two tables of professional women drinking beer amongst themselves. I wish there was no corona curfew so I could get acquainted.

At some point two white queens storm in even though the restaurant is about to close.  They’re dressed shabbily, one a bit overweight with a greasy mullet but they have the unmistakable attitude of sexual minority pride. I message my friends that this seems to be the place to be!  Who would have known that an Italian restaurant next to where I’m staying is a happening place.

I’m pleasantly surprised by the open homosexuality, which is not a given in African cities. The previous day I visited the imposing, modern Independence Museum, built with North Korean assistance. Each floor had photos and artwork such as murals about the resistance heroes, but there isn’t a lot of explanation of the sequence of the events, just an artistic and bombastic expression of the pain of oppression and struggle.

My first day in Windhoek I went directly to the museum. A local man in the elevator started speaking to me in German as did many other people as they all seem to assume the tourists in Namibia are all German. He’s trying to sell something or rather but I slip out of his grip on the entrance floor only to find out the museum is about to close for the day.

I went earlier the following day.  Alone in a huge gallery room examining yet another mural of pain and oppression,  I heard a man’s voice calling someone’s name. I thought it might be a guard calling for me but realized it’s just someone looking for someone, a child perhaps. Later I heard the same voice behind me at the other side of the huge exhibition room. As I turned I was surprised to see a tall woman in high heels and a short pink dress, something Carrie Bradshaw would wear. She waved me hello. “What a deep voice that woman has,” I thought to myself.

After my visit to all the museum floors, I ran into the woman in a short pink dress again in the elevator. Now I notice that the woman has a big moustache. She’s there with two teenagers, probably her/his sons. The kids look a bit embarrassed by her big hello to me but there is also something nonchalant about it all. I’m delighted by the encounter in an African capital. It would have been startling in Helsinki or London.

Pleasantly tipsy and pleased by my last dinner in Windhoek, I walk to my Airbnb apartment next block and give the leftover gnocchi to someone begging outside the modern apartment building.

He seems happy to get the food unlike many beggars elsewhere and shouts thank yous behind me.

As I wait for the elevator for the 7th floor,  a young man in a flamboyant white outfit enters the building.  He’s wearing striking boots with heels, something Prince would wear. He’s probably a fan. “I like your shoes,” I say and he flashes a big smile. We go to the same floor and I’m rushing to my apartment, stumbling embarrassingly on a step.  I hear his boots click behind me as he walks behind me. “You’re my neighbor! Good night!” he waves.