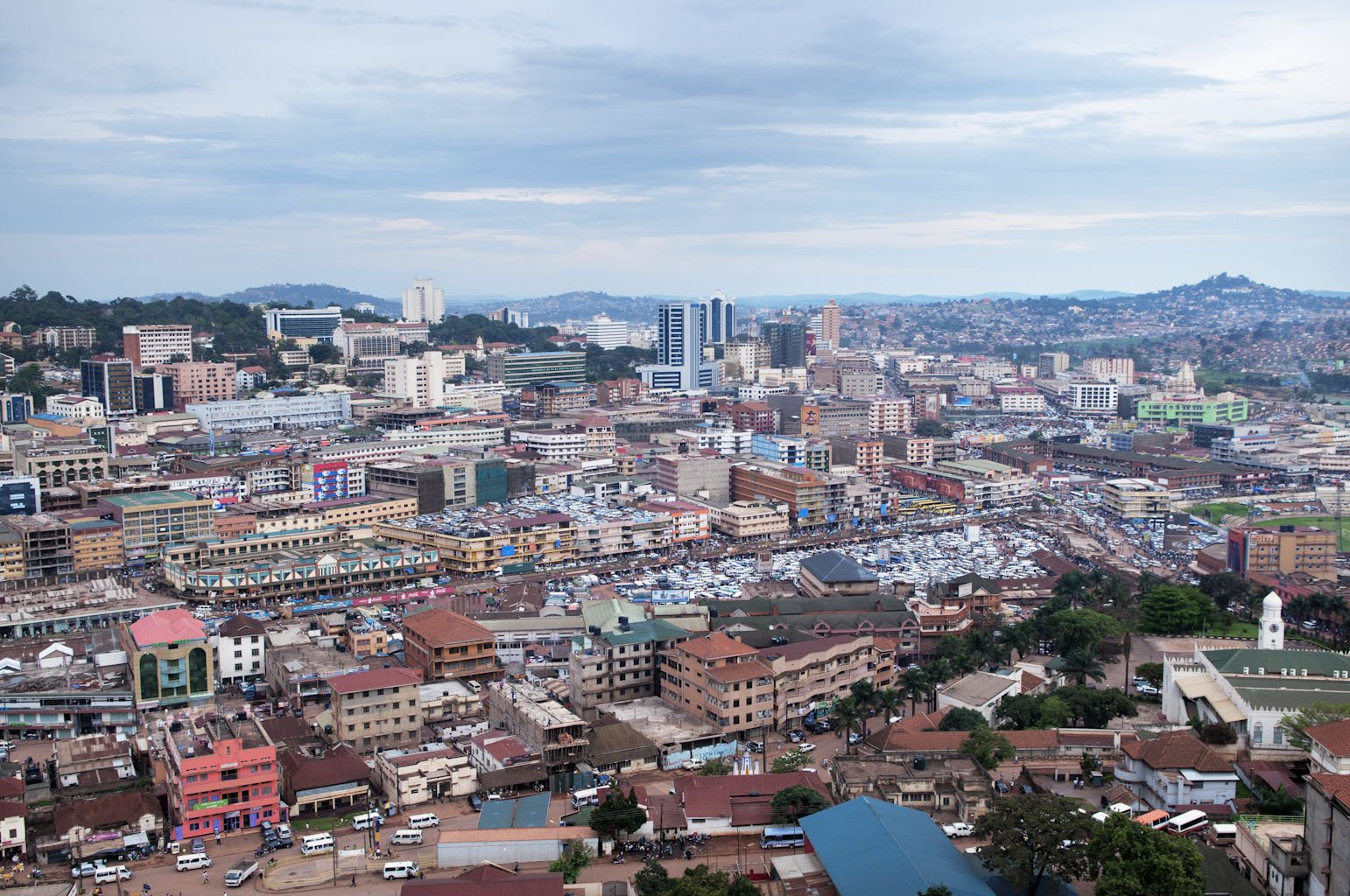 I’m on the back of a boda boda, Uganda’s ubiquitous motorcycle taxi, worried about being late for a meeting.  In a traffic jam, my boda driver passes cars and other bodas in a way that should make anyone scared for their safety.  The drivers have helmets but there are none for the passengers.  I am a bit scared for sure but also used to the feeling after numerous visits to Kampala, the capital, where bodas are the best way to get around the constant traffic jams.

I arrive at the meeting at Endiro Coffee, an attractive, modern coffee shop next to the Acacia mall that has the reputation of being the swankiest in the city. This reputation is probably partly about it being the only fully indoors one while the others take advantage of Kampala’s pleasant weather throughout the year with open air corridors. I find a beautiful young woman, Esther Mirembe, having tea and a muffin and writing in her notebook.

After apologizing for being late, we start chatting about Writivism. It’s a community of writers and an annual festival, run by donations.  Esther is now running it.  Part of her job is to apply for grants, organize the yearly literary festival in Kampala, which hosts writers from all over the African continent, and to edit a collection of short stories and essays that the organization publishes. Not a small feat.

Esther has graduated from Kampala’s biggest and most prestigious university, Mekerere, and is a writer herself.  Her short story “Tendo” appeared in Writivism’s 2018 anthology Odokonyero: A Writivism Anthology of Short Fiction by Emerging Ugandan Writers. It’s a meditation about the difference between love and lust and how easily affection can wean.  She wants to go study for her PhD in literature in the US.

I tell her that neither of the two of the biggest bookstores in Kampala, both located in malls, have Writivism anthologies. I had picked up one on my previous visit but now there were none.  Esther sighs. The bookstores had not let them know. 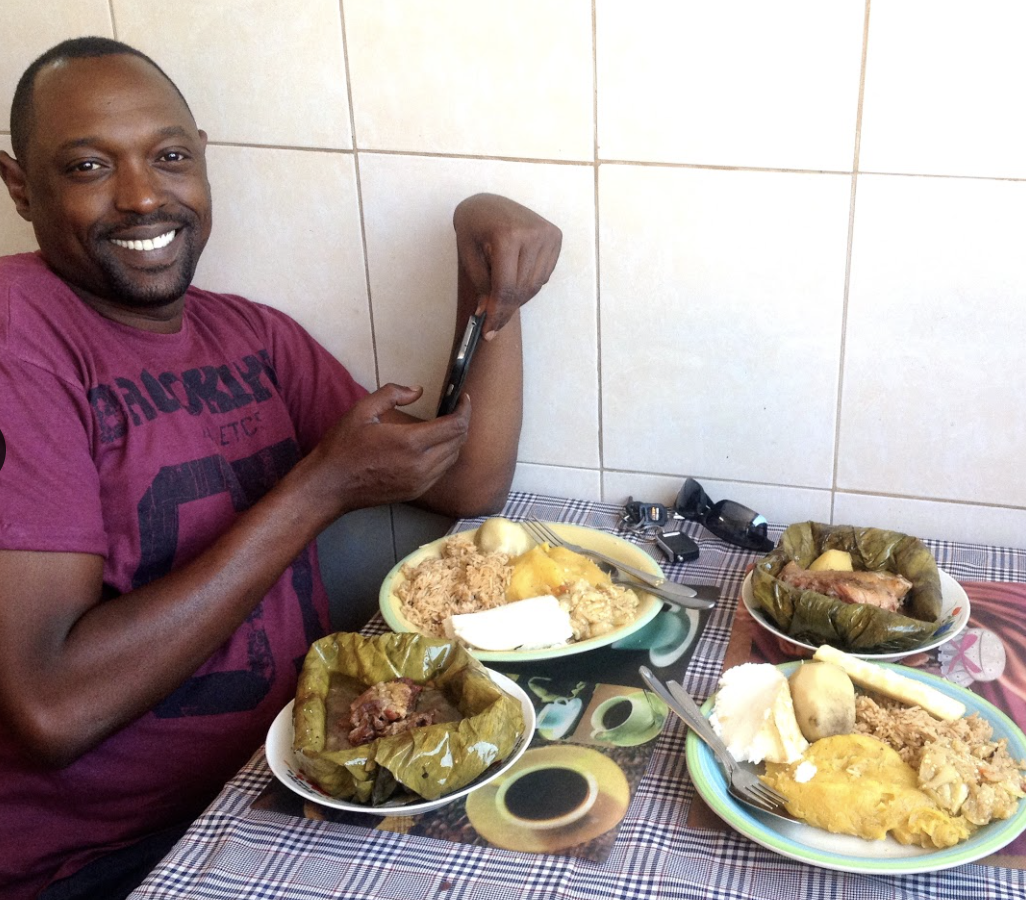 Writivism supports local writers and promotes Ugandan and African literature. But in order to promote literature, you also need readers. While the literary scene is buzzing, many readers still go for Western writers, another remnant from the colonial time’s deep seated reverence for all things Western. Organizations like Writivism are fighting such attitudes but it might take generations to change.

The next day I take an Uber to the leafy suburb of Bugolobi. It’s just beyond the Industrial Area, which hosts art galleries, a champagne bar and the fashionable Design Hub, a coworking space for media professionals and artists with a party space behind. On the other side is a big slum. I’m meeting with Nyana Kakoma at her publishing house called Soo Many Stories.  On its website she mentions that as “a writer herself, she was concerned that the story about Uganda, in and out of Uganda, was limited to a narrative that most Ugandans could not relate to, or take pride in.” She is particularly interested in educating a new generation of Ugandan readers, working towards her goal with a children’s library and workshops.

We chat about Philippa Kabali-Kagwa’s memoir Flame and Song, which Sooo Many Stories had helped publish with Modjaji Books. Nyana had been an intern at the South African publishing house concentrating on women writers. She is surprised to find out I have read the book, which I had picked up at a Kampala bookstore on my previous visit. I was particularly interested in its depiction of Kabali-Kagwa’s childhood, growing up in Kampala under Idi Amin’s rule and under the constant threat of violence her family faced as her father worked in the government. “Yes, it’s one of the only memoirs we have of the era as most people prefer not to remember,” Nyani nods.

After visiting the small children’s library and getting the recommendation to meet and the phone number of the budding filmmaker That Malcolm Guy, I say goodbye to Nyani and her small staff and wish them all the luck. I am in awe of their work, which Nyani funds herself.

Walking through Bugolobi’s big, gated houses, I’m reminded by Victor Lavalle’s essay “Jambo” which recounts his visit to a security office headquarters in the same neighborhood. Providing security personnel to for example US army’s bases in Iraq is a big business: they’re jobs Americans wouldn’t do or would be too expensive to hire.  Lavalle paints a grim picture of Ugandans willing to risk their lives for better pay than they could get at home but also of the prejudiced attitudes they have to endure at the job. The title comes from the swahili word for hello, a name the US soldiers give all Ugandans, not realizing most Ugandans don’t speak Swahili.

On the way back to the city center, I visit Afriart Gallery with an exhibition by an artist who uses only recycled materials.  I pop into the champagne bar, which I later hear is run by a lesbian couple, but decide against a drink because the owner is busy recording an interview.  All of it feels worlds away from the neighboring slum and the traffic jams a few streets away.

On Monday night, I make my way on another boda boda to meet with Hilda Twongyeirwe, a writer and a feminist who’s currently running the organization, at Femwrite’s office on Kira Road. She’s sharp-witted and charming, showing me around Femwrite, the Uganda Women Writers Association founded in 1995. I get to meet her teenage son, too, who’s come from school to say hello to his mom at the office full of books. Femrite is a well-known, big, non governmental organization publishing Ugandan women writers.

I’ve come to attend their weekly Monday night Readers/Writers Club at the office courtyard. I get to sit in a circle with the readers and writers sharing their poems, feeling privileged to be there. Hilda’s piece is about the narrator’s distress after visiting a crowded hospital in Kawempe, while a male writer reads a poem about Ugandan nature. We’re having a conversation after about the difficulty for him to write about the nature without recirculating the cliches from white colonial literature. We finish the evening with tea, fruit and laughs and with my prefuse thanks to Hilda.

Finishing yet another trip to Uganda, my thoughts are with its powerhouse women. Uganda is an example of a country, whose societal structures are traditionally patriarchal but which has a long history of strong women. I’ve been lucky enough to visit the country many times and have witnessed this first hand, latest while talking to many powerhouse women within the burgeoning literary scene.