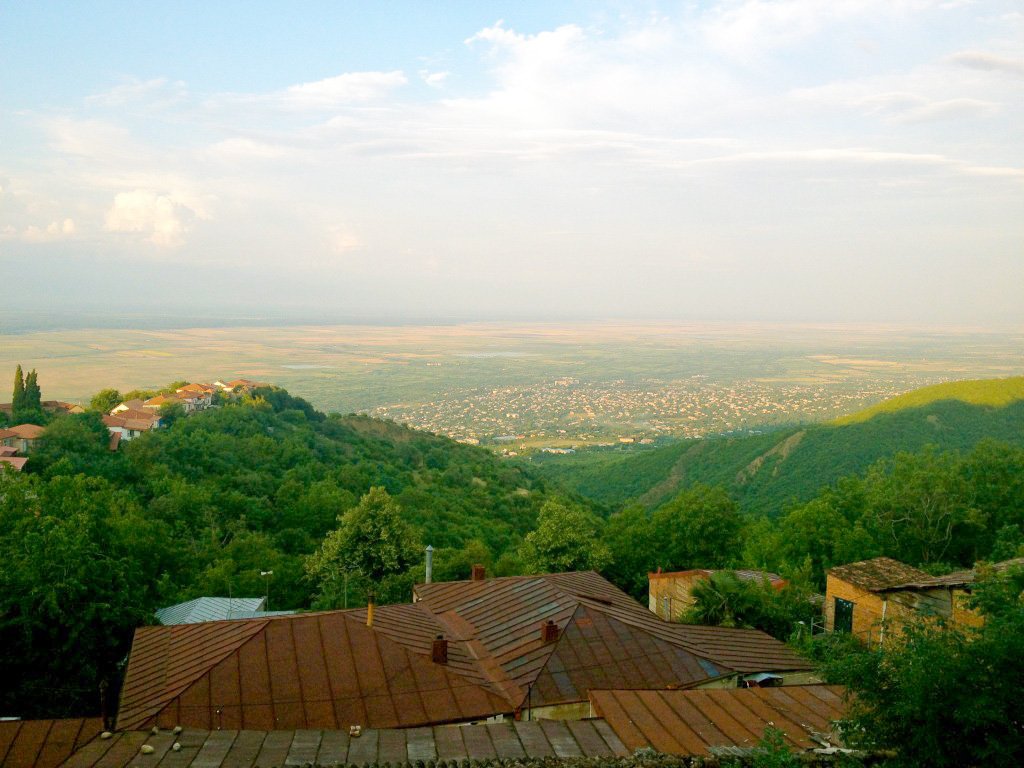 When I tell people I meet about the wine trips we organize to Georgia, I’ve heard may times the comment — “Georgian wines, really?” – with the accompanying tone of suspicion or ridicule. For sure Georgian wines still don’t have the same reputation as French, Napa Valley or Chilean wines, but from what I’ve seen, heard and tasted in Georgia, this is about to change in the next years.

Georgia is an ex-USSR nation, but it has been independent since 1991 and was briefly so between 1919-1945. Today it’s changing fast. During the Soviet years, Georgia was the Union’s designated wine producer, with a good reason: the country has a wine producing tradition that goes back more than 5000 years. Its ancient churches have grapes carved as decorations as the plant is considered holy, and wine is still very much part of the country’s everyday life.

What’s yet more remarkable is that the ancient way of maturing the wine in clay pots buried under ground, called qvevries, is still the preferred method of wine production. It gives the wine a particular, earthy flavor full of minerals, distinct from the taste of wines produced with modern technology.

We visit at least 4 wineries on our trips and taste the wines from many others. Often we end up discussing how one can easily become addicted to the unique taste of Georgian wines, aged in the buried clay pots. But it’s also true that the unfiltered taste takes some getting used to. One of our guests was planning to open a wine bar in New York and thought out loud that these wines would be a tough sell to those just used to the usual chardonnays and merlots. But those, who are looking for something different, might find a whole new preferred taste in the oldest way of winemaking.

The Georgian way of making wine is already attracting international attention. This is not a surprise when one thinks about the organic and slow food movement. What’s better than having wine that has been made without computers, steel and tubes but looked after with wooden tools and constant human attention? Boutique wineries, like the excellent Pheasant’s Tears – soon to be featured in an episode of Anthony Bourdain’s show – have built their whole concept on the love and care put into their winemaking. And it shows in the high quality of their wines and their popularity, and yet their winery is striking: it comprises of several huge qvevries underground and that’s it. Bloomberg wine list.

Yet it isn’t only the underground qvevries that make Georgian wine special. There’s more: Georgia has almost 400 endemic grape varieties that don’t grow anywhere else in the world. Of these, 38 are used for wine production. The Soviets, in their emphasis on efficiency, had the Georgians concentrate on growing only a few kinds of grapes, but luckily they kept samples of the others as well. Right now, many of them are being replanted and tested for wine production: it could be that in the near future we have still many more types of Georgian wines, accompanying the now popular saperavi, rkatsitseli, kisi and tsitska.

There are of course wineries in Georgia that use modern technology. I’ve had some of the most interesting tastings at Schuchmann’s winery where they for example make wine of the same Georgian grape both the high tech, European and qvevri way. The difference is striking and sometimes it’s hard to tell whether the more familiar taste is better than the unusual, complex one, often with a bouquet of intense depth. Many wineries also mix the technologies by doing the fermentation in clay pots and the aging in an oak barrel. Needless to say that for the wine enthusiast, Georgia has endless possibilities to discover.

For both its food and wine, as well as the stunning scenery and the beautiful, fascinating ancient capital of Tbilisi, Georgia is also growing its popularity as a tourist destination. If you want to get there before the crowds, now’s the time.

One more thing: according to Georgians, the qvevri wines don’t give you a hangover as they are produced without additives like sulphites. Our group discovered that this might actually be true, though naturally a lot depends on the amount you consume. As many Georgian restaurants serve wine by the pitcher, with very affordable prices, it’s good to keep track of how much you’ve had. If only for the sake of the next day and the new wineries that are waiting to be discovered.