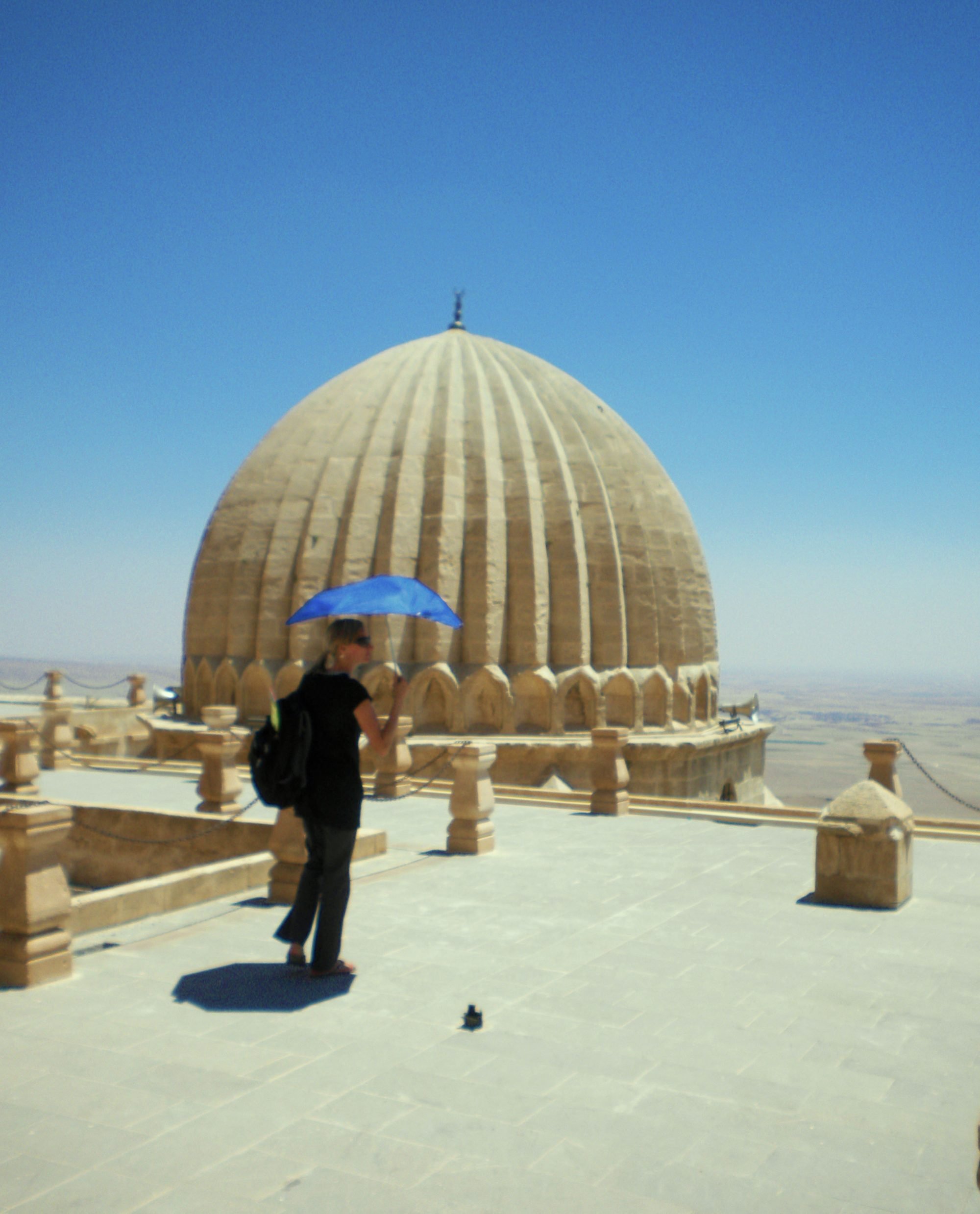 I remember having heard about the Rivers Tigris and Euphrates, and the land between them called Mesopotamia, endless times at school, but, when I finally visited the region in 2011, I had no idea it would make such an impression. Glued to the bus window, I took in the scenery along the river Tigris, running via Baghdad all the way to the Persian Gulf, as we were approaching Hasankeyf, in Southeastern Turkey. Sometimes school history books seem to get it right: this ancient region is worth every mention.

Hasankeyf immediately charmed me with its simultaneous calmness and the tangible presence of history, while it also made me feel as if I had been there before. Not a firm believer in past lives, I still couldn’t help but think that maybe I had lived there before: Hasankeyf is supposed to be one of the earliest places where people lived together in organized settlements. There are cliffs with carved cave dwellings and steps, there is the river with water even in the driest months, a beautiful historic bridge and Islamic architecture. The hot summer sun seemed to be color everything in beautiful shades of white and beige.

Not really an overnight place, my friend, Danny, and I still decided to stay and immediately met, as if by magic, a charismatic young man, oozing inner peace — a native of Hasankeyf, who had recently returned to his economically deprived hometown after working in Istanbul for years. He seemed like someone whose disciple one might easily volunteer to become, but with all humbleness he helped set us up at his friend’s place, an unemployed man in need of some extra cash. Next thing we knew, we had our luggage stored in the ticket seller’s booth so we could go explore the ancient cave castle.

As soon as I fell in love with Hasankeyf, I found out about its fate: it’s to be buried under an artificial lake. Preparations are already under way and apartments are being built for the residents up the hill from the historic center. A group of activists working to save the town invited us for an afternoon tea and pointed out that while Hasankeyf fulfills 9 out of 10 requirements for the UNESCO World Heritage List, one of the few in the world to do so, it’s not on the list because the government would have to endorse it for that honor. And they need it for the lake.

With bittersweet feelings about all we had seen and learned, we had some tasty Tigris trout for dinner and had tea on the main street with our new friends, before going to sleep under the stars in the garden of our host, a Tom Waits look-a-like. In these parts of the world, elevated beds on wooden platforms are common. The arid summers with no mosquitoes or dangerous animals provide a perfect setting for a sleep outside. I can’t claim I slept particularly well on the thin mattress, but the experience was well worth it, as if by sleeping outside, we were a step closer to history.

Before leaving for Mardin, our next Mesopotamian city, we had morning tea and a walk with our host, who charmed us with his curiosity and intelligence: we managed to talk about religious beliefs and Turkey joining the EU with only a few shared words of English, German, Arabic and Turkish between us. We paid as agreed, “according to our conscience,” which we decided should be as much as we would have paid for a room in a decent guesthouse.

I felt a bit melancholic but also enlightened sitting yet again in a bus, this time from Hasankeyf to Mardin, another ancient town but on a hilltop, close to the Syrian border. Was it the historically famed setting that made me feel a bit elevated? Or the awe-inspiring, white washed scenery? Or the encounters with the people I can best describe as wise?

The bus dropped us off at the foot of the hill on which Mardin stands, and even though the walk would have been short, the June heat demanded us to take a taxi. An old Arab trading town, Mardin turned out to be completely different from Hasankeyf, but equally impressive. It was bigger with a selection of excellent hotels and restaurants, more affluent and modern, but only a bit, as if from a different phase in the history of Mesopotamia.

Tired from the previous star lit night and the bus ride, we again lucked out and found the perfect place, even if the polar opposite of our outdoors platform bed: a stunning old Arab merchant house transformed into a luxurious hotel. Complete with Arab fairy tale style, the hotel reminded me—as did much of Mardin—of Aleppo in Syria, which used to be one of my favorite places in the world. The hotel was in the middle of a small but bustling souk, where fruit vendors passed free cherries and apricots to us as a welcome. Resting on huge pillows on one of the hotel’s courtyard nooks, sipping mint tea, it seemed no wonder this place was a honeymoon destination for the Turks.

The next day we had a delicious lunch at an organization helping women recover from domestic abuse, tasted locally produced wine with our dinner, and just before moving on, encountered a little boy I gave a kite I was going to mail to my godson. The look on his face, flying his Superman kite in the narrow streets, was one of the happiest I’ve ever seen. To provide more merriment, Danny, an expert map-reader, who never gets lost even in the biggest cities, kept losing his sense of direction on the one street on top of the hill! I suspect his pleasant confusion and letting go were due to the dizzying effect of the two different Mesopotamian cities.