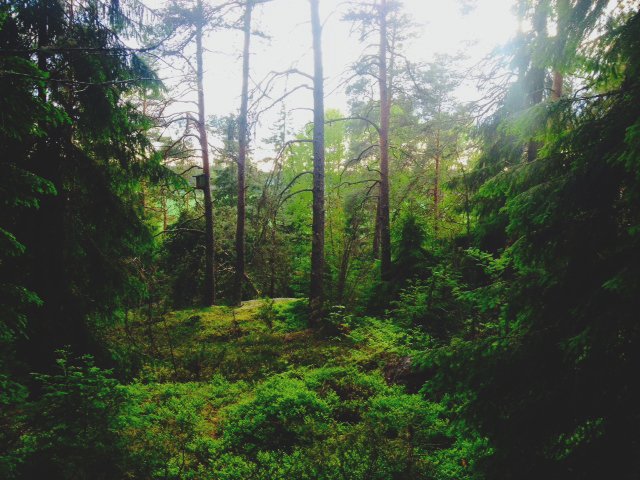 Sweating in a tiny sauna, by the Baltic Sea in Southwestern Finland the other night, I was thinking about the meaning of home. I used to use the word to describe New York City, where I lived about as long as I ever lived in Finland, until moving to Shanghai. Traveling the world, I often hear my friends introduce me as someone visiting from New York. But this never sounds right to me.

Because even if I’m a New Yorker, Finland is where I’m from.

No doubt about it: I have a Finnish passport, all my relatives live here, my first language is Finnish and I passionately love sauna, which is an organic and important part of Finnish culture.

What then defines home? Especially to an expat and a nomad?

As I was watching two swans land on the water in front of the sauna, breaking the peaceful silence, I realized that for a Finn home is about the land itself. It’s about the nature. About the silence and the fresh air. About the endless forests, which Finnish mythology describes as a safe place, a home, not as a place of danger. (I assume this is why I never found the late 90s small budget hit movie, The Blair Witch Project, as scary as my New York friends.) For a Finn, there’s nothing to fear in a forest.

Back in the day Finns were perceived as “forest people:” not quite as civilized and well behaved as their Scandinavian neighbors. While this might not be true anymore, the myth has some historical validity. Finns were the illiterate peasant people of the North. Finns never had courts and kingdoms and were never Vikings: they lived of the forest and farmed the land.

Can such a shared past still make a difference? Can a connection to the land carry in the genes?

If you were ever in Finland during Midsummer, the longest day of the year towards the end of June, you might answer yes to both questions: this is when Finnish cities empty and everything is closed as virtually all of Finland is in the countryside, close to nature. In fact, Midsummer is as big a holiday as Christmas, and it’s the only one that has only pagan roots, celebrating nature’s cycles.

A huge part of Midsummer, besides enjoying nature and getting drunk (a favorite Finnish pastime), is sauna. It’s warmed up during the long evenings, when the sun doesn’t seem to go down at all, sometimes even during the day. And then we, the Finns, run back and forth between the hot, dry heat sauna and the cold lake, river or sea, if we’re lucky enough to be by the water.

We also make a vihta, a collection of young birch tree branches and hit each other and ourselves with it. If you ask someone why, you’d probably just hear that it’s because that’s part of the sauna experience. No doubt the young birch tree leaves have a medicinal influence but that’s not foremost in our minds: we mostly just enjoy the feeling, the ancient tradition. And of course the smell of the birch leaves.

The nature, sauna and vihta in the genes? Could well be: I’ll be spending my Midsummer this year above the Arctic Circle where the sun won’t be going down all night. And you can bet I’ll have the sauna hot and the vihta ready.

But soon after, my nomad side will be pulling me on the road again and I’ll travel to Georgia, Egypt and Istanbul, before returning to my chosen, not genetic, home, New York.

There is a saying that every family has its nomad and it’s clear I’m the one in mine. I have no clear answers as to why and there aren’t any genes to explain my nomadic nature. All I know is that I love being on the road, in equal measures to Finnish nature and sauna. Perhaps even more. But that’s how we nomads are.