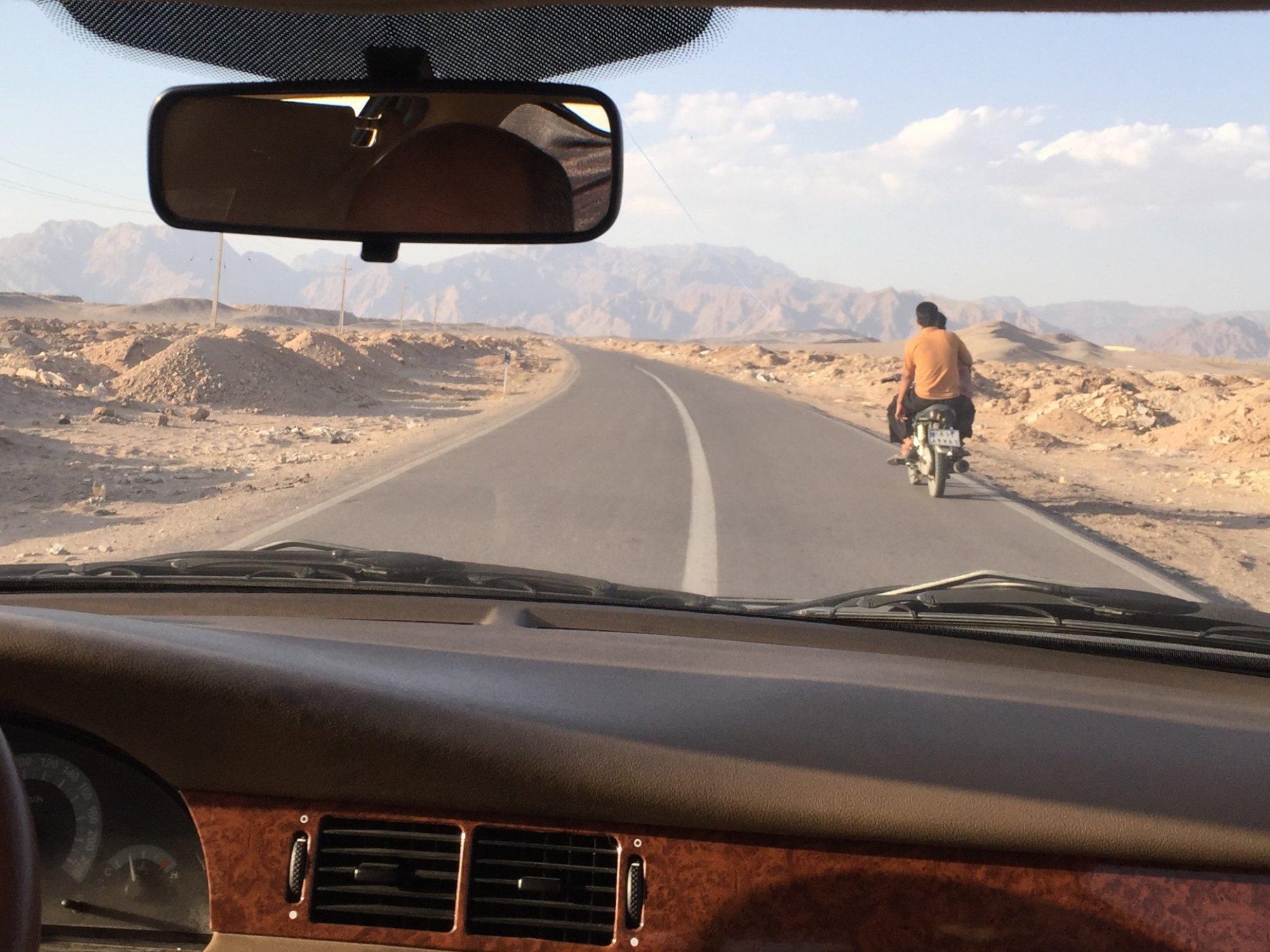 Well, when in season of course, but if they are, don’t hesitate. At a picnic spot, you can just cut the top of, cut a crisscross with a knife and dig in with forks. Afterwards, just put the “lid” back on, pack in the back of the car, and continue eating at dinner, this time cutting the usual slices or adding cubes to a salad.

2. Always travel with an Iranian.

If I had rented a car with other foreigners, I would have never had a chance to visit the nomads somewhere between Yazd and Shiraz, who had never met a westerner before. The attention I received was overwhelming but also very sweet: I posed for countless photos with countless amounts of stunningly beautiful people, I received gifts and compliments and got the guest of honor’s seat at a delicious lunch. I also got to drink the freshly made sheep milk yogurt drink (my favorite!) out of a guest of a one of a kind cup.

If at all possible, always plan the route via someone’s house so that you can have a rest stop, a delicious home-cooked meal and a nap after. The Friday lunch at Ali’s parents’ house – with many relatives and neighbors sitting on the floor around a tablecloth sharing a meal – was my favorite meal in Iran. I was one of the first at the table and one of the last to leave: yes, the food was that good.

4. Hungry sheep can be very loud.

I mean, can you believe them? (Animal lovers don’t worry: soon after they were let out to eat supper. I suppose they mistook us for the messengers of good news.)

5. Appear in a public space at a Friday afternoon prayer time.

Just do it. You will experience incredible hospitality. OK, I didn’t learn this only during a road trip, but make sure to get out and about at this time wherever you are in Iran. This particular Friday, we had just parked in a small country village about to take a walk but were served soup instead by a humorous and handsome elderly couple. (Doesn’t he look a bit like Clint Eastwood?)

5½. I have nothing on the Iranians’ joie de vivre

Unlike I had previously assumed, apparently I’m a very tired (and boring!) traveler, compared to Iranians at least. While all the others stayed up until very late chatting and laughing, I was the first to bed – sometimes hours before the others – and still the last to wake up. (I’ve tried to blame the just ended long semester but secretly I know there just isn’t any excuse.)